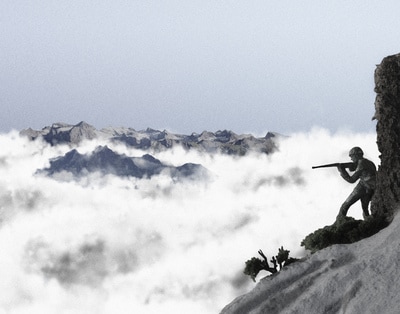 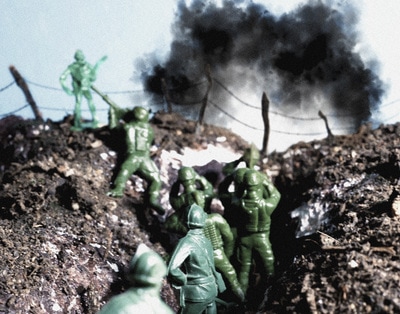 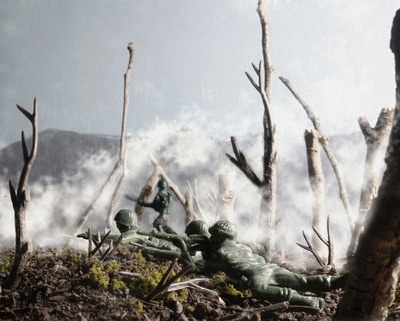 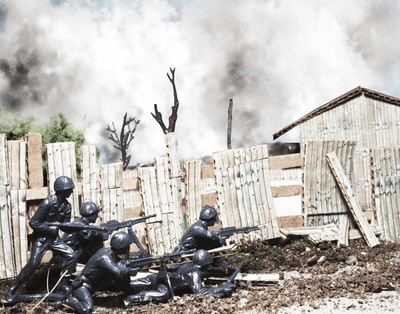 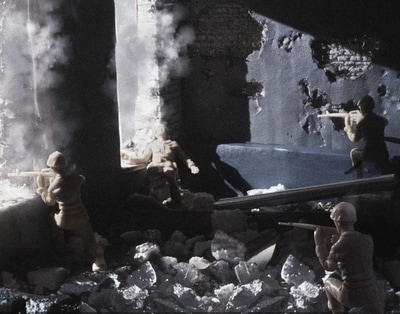 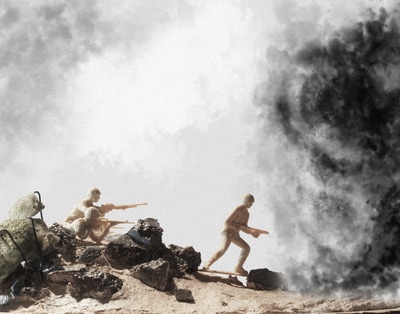 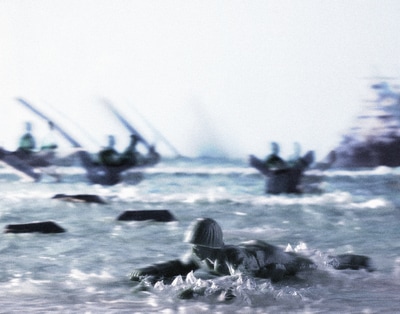 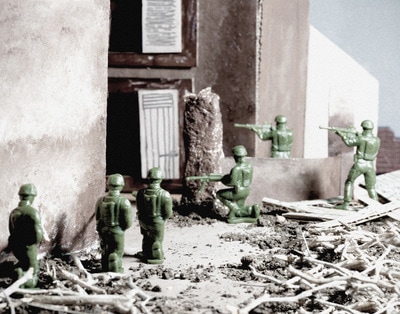 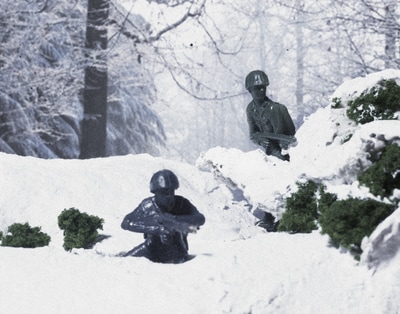 War Games: 1913-1944 grew out of my interest in the untold stories of World War I and World War II and the history surrounding photographs captured during this time. These two wars were the first in which a vast array of people had access to cameras on the frontlines. As a result, they were able to capture images of combat as it happened. Unlike with earlier war photography, both amateurs and professionals were able to take thousands of images capturing these world-changing events

I recreated historical war photographs as a way of having a hands-on look and better understanding of the stories and locations in which these battles took place. This was a way for me to pay homage to the photographers who put their lives in danger—even losing them in some instances—to bring us these stories.

I built each scene from scratch using common materials and then staged the maquettes to appear as if they were real events taking place. I wanted the images to look as real as possible. It was important to me that the viewers see each image as a real event first, and then notice that these scenes of war were created utilizing children’s toys. Each set is approximately one and a half square feet in size. I photographed the same angles used by the war photographers who captured the original images. In doing this, I am playing with scale and projecting the historical significance of the story upon these plastic army men. Also, I am experimenting with space—the original images were two-dimensional representations of three-dimensional spaces. In my work, I take that two-dimensional image and expand it back into a three dimensional space before compressing them back into a new 2D photograph.

I focused on World War I and World War II because of their impact on the evolution of warfare and the massive scale on which the war was fought. These wars saw the advent of new technology in the realms of both photography and warfare. My primary goal in creating these images is to tell the stories of World Wars I and II through imagery. Because these two wars were some of the most well photographed wars in history, there are countless stories to be told through imagery. The Great Wars affected so many people, and it is important to bring attention to these conflicts so that we might better understand the struggles of the past as we think about the future.